Atlantic County Commissioners passed a resolution on Feb 15 in support of stricter background checks for those working with children within local school districts.

Commissioners Jim Bertino and Frank Balles drafted the resolution that passed with majority, non-partisan support. Commissioner Ernest Coursey, Chief of Staff for Atlantic City Mayor Marty Small recused himself and did not vote.

At issue: How did cousin of Marty and LaQuetta Small (Kayan Frazier) get NJ State job working with kids even after being fired for criminal behavior involving elementary school students?

How did it happen? What can be done to make sure it won’t happen again? Why didn’t Principal LaQuetta Small comply with local law and report the abuse to police? 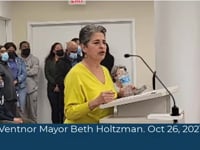 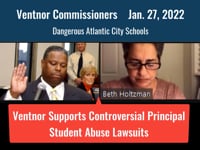 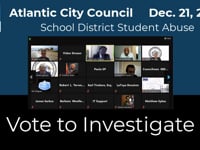 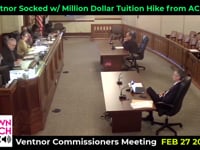 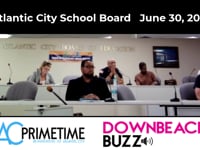 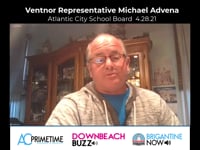 Ventnor is a ‘sending’ district to Atlantic City High School. Ventnor taxpayers are charged $4 million per year to send 191 Ventnor students to AC High, and gets a vote on the AC Board of Education.

Ventnor Mayor Beth Holtzman publicly endorsed LaQuetta Small and Barry Caldwell, both of whom are defendants in an ongoing, student sex abuse lawsuit.

Politicians and civic leaders being asked to support resolution: