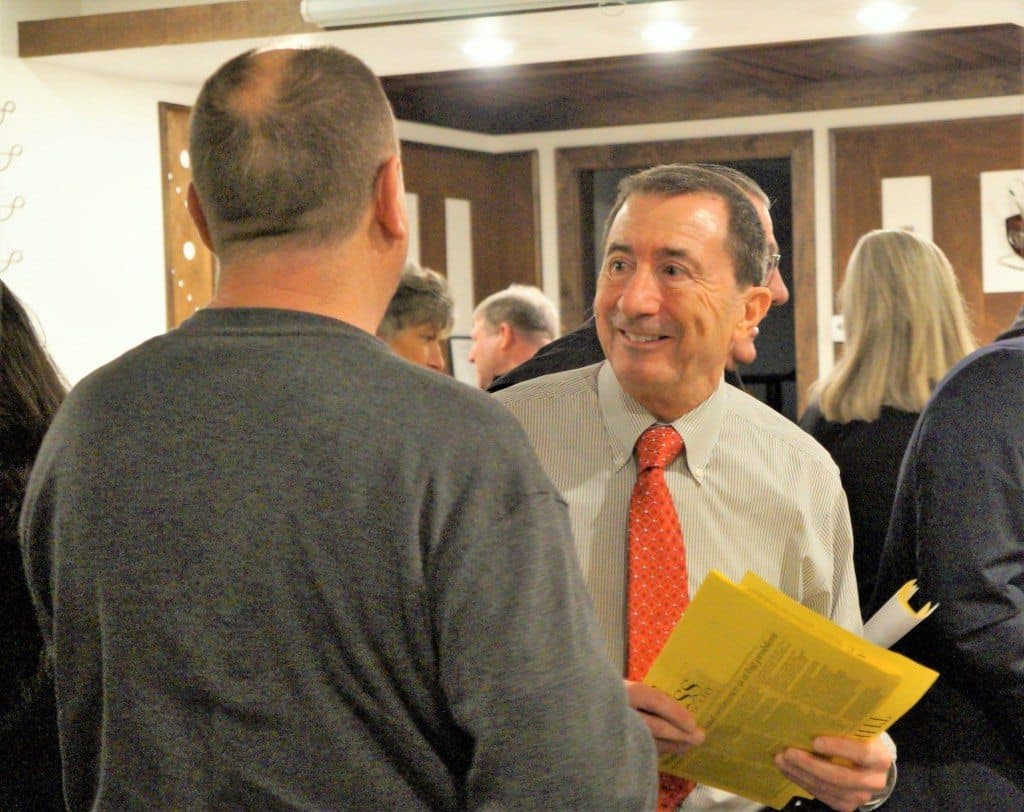 Grossman is also the founder of Liberty and Prosperity, a non-political constitutional advocacy group.

Grossman is seen as welcome relief for area conservatives, Libertarians, and those undecided. County Republicans were often dismayed by LoBiondo’s RINO ways. (Republican in name only)

LoBiondo (R) often attacked the President and faced immediate backlash from his own party. These risky tactics did little to make LoBiondo more attractive to left-leaning voters. Thus, LoBiondo felt the winds of change and got out…..while the gettin’ was good.

Congressman LoBiondo drew fire for the way he handled his retirement announcement back in Nov. 2017.

By announcing his retirement so late in the year, LoBiondo made it more difficult for Republican candidates to ramp up their campaign efforts. County conventions start in March, and the primary is in June.

LoBiondo originally ran on the promise of term limits. That was 23 years ago. But very early on, Frank had a change of heart and decided to stay for a few decades delivering un-even leadership and a conflicting voting record.

Most recently, LoBiondo railed against off-shore drilling, claiming fishing and tourism would be negatively affected. Protesters reminded the Congressman that his love of dune building, expensive beach replenishment and offshore dredging, is already doing damage to Jersey shore tourism and coastal fisheries.

Un-officially considered a Republican front-runner, Grossman is well-known for his efforts arguing against the PILOT law. The PILOT, (payment in lieu of taxes) is controversial legislation that permits Atlantic City Casinos to pay a flat tax for 10 years. Grossman, along with County Executive Dennis Levenson, believe the Casino PILOT is unconstitutional and unfair to all Atlantic County taxpayers.

Grossman: If you don’t believe America was great, talk to those who grew up in Atlantic City during the 50’s & 60’s. If you think progressive’Democrats care about people, look what they did to Atlantic City.”