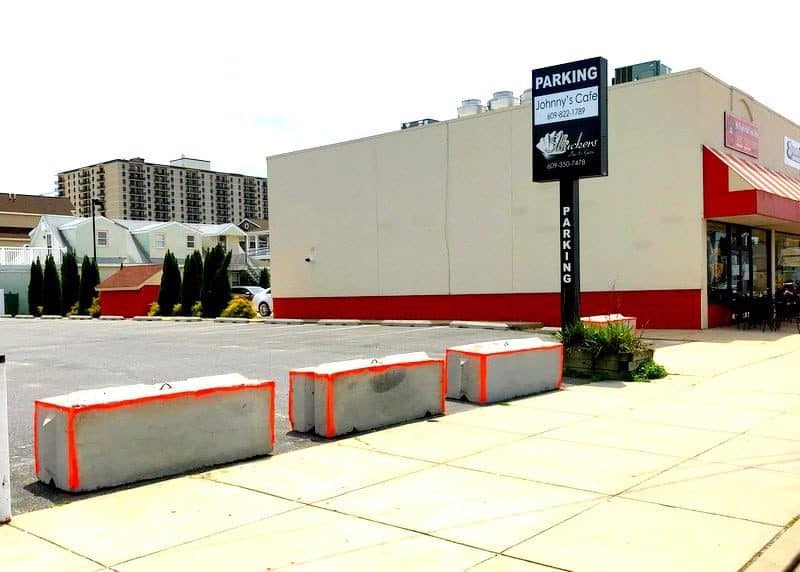 Parking. A problem that only gets worse as Margate development grows. As of late, the Margate Planning Board has been more likely to waive the once stringent, parking requirements.

This is not just a Margate and Ventnor problem. All shore towns that depend on those 10 summer weekends a year are struggling with parking.

Commisioner Amodeo: looking at all options to relieve parking problems.

Would Commissioners consider opening up the Margate beach blocks for daytime parking? Yes. Will it ruffle some feathers? Yes. Would it relieve some of the summertime parking problems? Yes.

Parking illegally on corner spots. Over 100 NO-PARKING areas are often used to park. Margate PD uses discretion when deciding whether a ticket will be written. Small cars may get a pass. Larger vehicles may get ticketed. There is a downside to this, says one visitor to Margate: Drivers moving thru intersections have trouble seeing cross traffic. Drivers often block pedestrian walk-ways when trying to see around, what some say, are ‘illegally’ parked vehicles.

Blue mats. How to get citizens over the hills. Mobi-mats were not installed by Army Corp of Engineers (ACOE). They claim it might be a tripping hazard. On Washington Ave., a lady broke her wrist when she slipped on mobi-mat. City says walkways will be cleaned of sand. 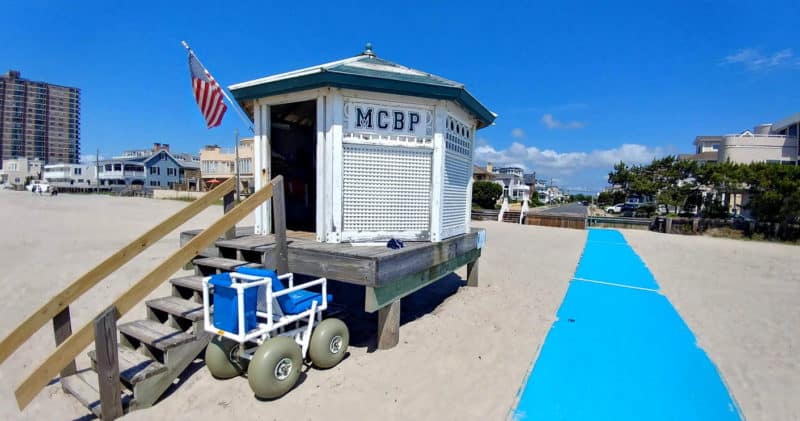 Margate bike racks. When will they be installed?

Ed Walhberg says a grant was provided to Margate & Ventnor. The County has taken over that application. Still waiting and wading thru bureaucracy from County. Installing racks still needs to go out to bid.

The State of NJ, Former Gov. Christie, the Army Corp of Engineers (ACOE), Department of Environmental Protection (DEP), Ventnor Commissioner Lance Landgraf and Congressman Frank LoBiondo believe that this ‘one-

size-fits-all’ will save lives and property. Opponents, comprised of Margate and Ventnor homeowners, don’t agree. Local taxpayers see the dune and beach sewer pipe project as nothing more than a quick way to spend Hurricane Sandy Relief money.

Keep children away from outfall sewer pipes on the beach. Lifeguards are busy keeping an eye on swimmers. Don’t take their attention away from that top priority.

In Ventnor, precious views from the boardwalk were blocked by the new dunes. Older dunes in Ventnor have grown as high as 20 ft.

During high tides, over 65% of Ventnor’s beaches are not usable. This is due to 50ft wide dunes, 15 ft clearance between boardwalk and dune, and a DEP protected, 20 ft section on the ocean side of dune. 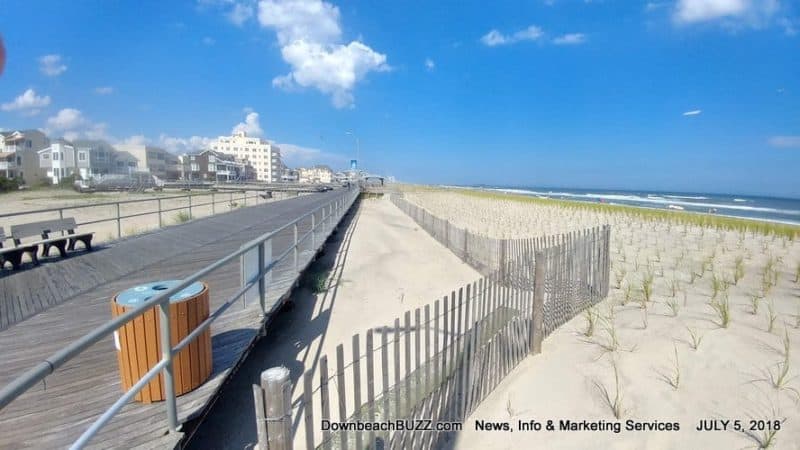