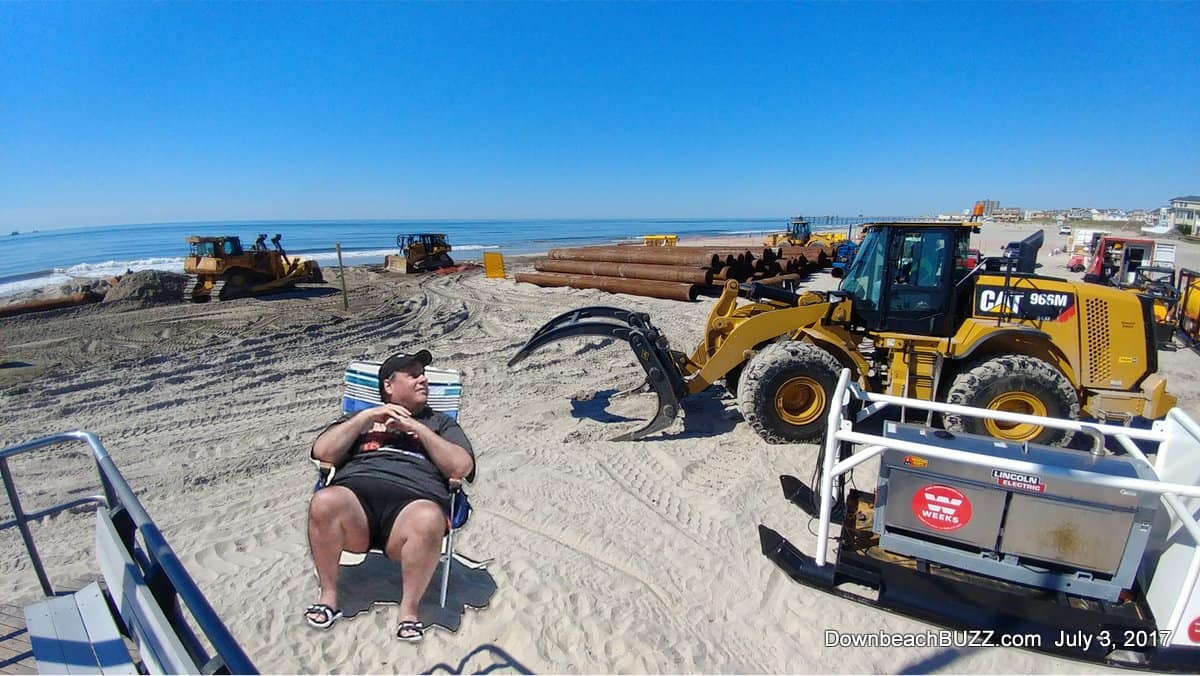 Portions of Margate’s beaches will once again be under control of the Army Corps of Engineers. They’re getting ready to install 3 additional, sewer pipes on the beaches of Margate.

These 48 inch pipes take unfiltered street water, and funnels it directly into the surf.

The Army Corp of Engineers and the NJ DEP call them by their softer name: ‘outfall pipes.’ Actually, they’re really just sewer pipes.

These beach sewer pipes collect rain and a variety of runoff that contains oils, fertilizers, animal feces and other contaminants. The unfiltered water collects via inlets near each street end bulkhead. This is tied into a network of other pipes buried beneath the beach.

Margate was forced to accept this controversial, some say, unnecessary system funded by all federal taxpayers. Margate is on the hook for maintenance and repair.

It’s well known that Margate’s beachfront bulkhead system has worked for decades. The real problem has always been the back bays. Gov. Christie didn’t want to hear it.

The Army Corp already completed two of the five beach sewer pipes at Vendome and Nassau Ave, before stopping for the summer. Work will resume nest week at Kenyon, then progress north to Franklin and Douglas Ave.

Heavy equipment, pipes, piles, and concrete junction boxes will be delivered thru the month of Sept.

Beach work will continue thru Spring 2019.