NJ State Senator Vince Polistina saying all the quiet things out loud. Actually, he typed them all up and sent it to Atlantic City Mayor, Marty Small.

Dangerous shooters in Atlantic City released on a summons?

In a recent incident, a Philadelphia woman apparently shot at her boyfriend with hollow point bullets (cop killers) from a semi-automatic handgun. The ACPD quickly located her and found drugs and drug paraphernalia in her car.

This woman terrorized our city, nearly killed a man, and placed our officers in jeopardy while having to investigate and arrest. However, your Municipal Court Judge released the suspect on a summons, free to return back to Philadelphia with no punishment.

Someone who commits these types of offenses, once in custody, should NEVER BE RELEASED, let alone a city plagued by the violence like Atlantic City.

A perversion of justice. As a City, we can not be soft on crime. 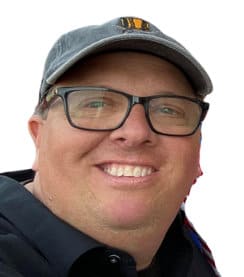 CRDA is a mess.
Shame on them and the Governor.

NOTE: It’s not surprising that CRDA stopped recording their public meetings for remote participation and easy view-on-demand on YouTube.

NJ Governor Murphy and Lt. Governor Oliver recognize the City is incapable of managing their own finances.

Polistina: (AC) school district is largest burden on property taxes. Having one entity overseeing both is just common sense and good government.

Elaborate groundbreaking for Shop Rite held November 2021. Not a single thing done on the site since. When questioned, you (Mayor Small) deflected and blamed supply chain issues as a result of COVID.

CRDA, Casino Reinvestment Development Authority approved $18.7 million on building project. They would lease it to ShopRite parent company for $1 per year. “We don’t care about the water park, we care about getting decent groceries.”

Deal Killer? ShopRite may have requested a $500,000 annual subsidy to cover losses from theft., shoplifting and other criminal activity.

Senator Polistina: there was never a deal signed with Shop Rite. They wanted $500,000 in losses guaranteed each year. Now with costs escalating due to inflation, it doesn’t look like the project will happen at all.

Everyone wants to know why you (Mayor Marty Small) would hold a groundbreaking for a project that never had a final agreement in place?

Continued outages of streetlights in Atlantic City. This is not a new problem. Talked about for the last 10 or 12 years.

Shootings & Homicides at unacceptable level. Offenders so brazen, in broad daylight with shooters aiming for the legs so they won’t be charged with attempted murder. Drugs being sold on boardwalk. A theft ring ripping off retailers at the Walk (Tanger Outlets) repeatedly. Homelessness, panhandling, mental health and addiction at highest levels. Two more homicides in the City within last two weeks. Numerous homicides in last few months. No one wants to talk about this.