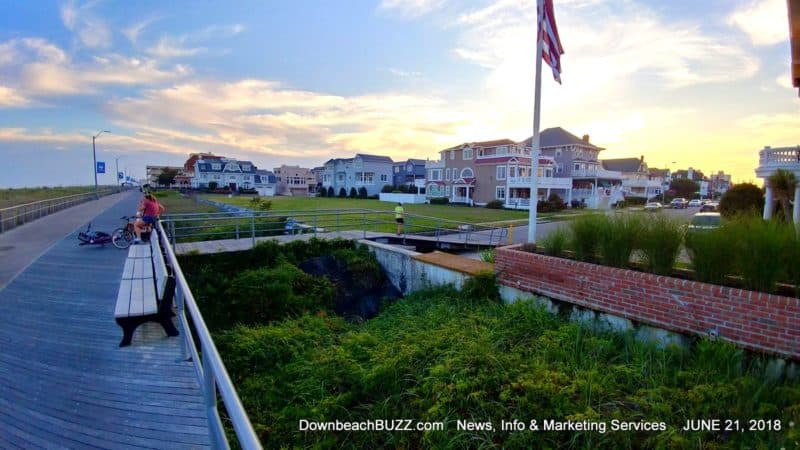 Ventnor City leaders are facing heat over their Spot Zoning efforts. A desire to change zoning rules for one particular area of St Leonards Tract.

A Ventnor Planning Board hearing is scheduled for July 30.

At the recent Commision mtg, Commissioner Lance Landgraf pushed back on frustrated, Dorset & Derby Ave residents. They accuse Landgraf of engaging in the potentially unsavory act of something called ‘spot zoning’.

A Bad Ventnor Land Use Planning Decision by Landgraf?

Poor planning decision coming to your neighborhood? Mobilize and organize your neighbors. That’s the most effective thing to do. Final land use decisions and zoning decisions are almost always made by elected officials, and they are susceptible to pressure from citizens.  Learn as much as you can about the zoning of surrounding properties, any comprehensive or small-area plans that have been adopted for the property in question, and the history of land uses on the parcel proposed for rezoning.

• Fundamental fairness. One of the foundational truths of land use law is that equal properties should be treated equally.  Often in the case of alleged spot zoning,  the suspicion is that perhaps the person seeking the change is a friend of some decision-maker or is owed a political favor. Or perhaps just is an influential person around town.

Residents say Landgraf’s quest for a zoning change will hurt Real Estate valuations of the neighborhood. The lot has sat for almost 15 years.

City ordinance mandates all new oceanfront development in this zone has a lot size of at least 10,000 square feet. According to the ordinance, all lots that already existed there before 2003 were kept at a minimum of 5,750 square feet.

The controversial ‘spot zoning’ vote got delayed again. Change the rules to squeeze 3 or 4 properties into the Boardwalk front parcel between Dorset and Derby.

4) INTRODUCTION ON ORDINANCE 2018-026. AN ORDINANCE AMENDING AND SUPPLEMENTING THE LAND USE ORDINANCE OF THE CITY OF VENTNOR CITY, CHAPTER 102 “LAND USE REGULATIONS”, ARTICLE III-DEFINITIONS AND WORD USAGE, ARTICLE IV- RESIDENTIAL 1 DISTRICT AND ARTICLE XVIII- GENERAL REGULATIONS IN ALL DISTRICTS.

Everything on hold. Will the Ventnor Planning Board hold their next meeting during Summer 2018? Or will it be delayed til after 2nd homeowners are gone for the winter?

Ventnor Mayor Beth Holtzman: ‘it’s a planning board issue’. How involved was Ventnor Planning and Zoning up until this point? Was the Ventnor Commission acting alone? Would the commission tweak Ventnor zoning laws on their own?

Due to social media, email and web, 26 St Leonards Tract neighbors were able to communicate. Tap the brakes on some potentially harmful development on Dorset Ave. along the Boardwalk.

Analogy: In Margate, neighbors often fight back against anyone messing with Marvin Gardens. Neighbors usually win.

‘Not being completely open about this’.

Marc Silver says:  What this shows, it’s just another myopic mayor decision without using the full process. This is a major zoning change after the planning board and commissioners were silent on this very issue one year ago. Ventnor continues its mish mash policy of whim based changes.

Marc Silver: April and May 2018 were first two consecutive months in ten years where home prices rose, but barely. Jan thru March 2018, home prices declined. Virtually no homes sold on beach block in 2018.

One lot owned by Gordon. One by Gelman. Two separate lots & owners.

‘You’re spot-zoning Lance.’ Spot zoning is generally held to be legal, since any non-conforming uses need to be approved by a local government board. However, many view the practice of spot zoning as unfair, since one portion of land is basically given special treatment compared with the rest of the zone.