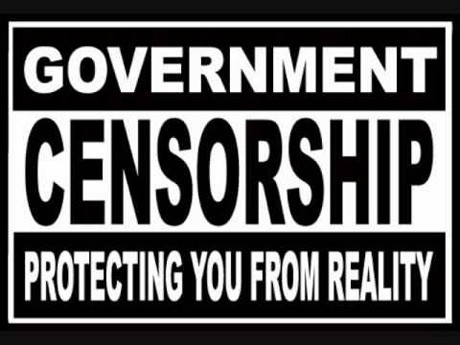 Jersey shore towns like Ventnor uncomfortable with tech? Struggle to use the Internet, to better meet the needs of property owners? Or do elected officials prefer to keep taxpayers in the dark?

Margate, Atlantic City, Ocean City and Avalon do a good job of recording, documenting, and posting audio of municipal meetings. Two towns that are negligent in this regard, are Ventnor and Brigantine.

So, why doesn’t elected leadership throw a bone to Ventnor part-time residents? Give ’em better access to see how their tax dollars are being spent? This segment of taxpayer helps keep towns like Ventnor… financially afloat.

How to keep all Ventnor taxpayers in the loop:

Use common, inexpensive tech. This would allow second homeowners to follow, understand and participate in local government. This would also allow full-timers to watch their gov’t in action…..on-demand & online.

City Administrator, Maria Mento, was kind enough to respond to an email sent to city officials last week. The commissioners did not respond.

‘Why does Ventnor make it difficult for 2nd homeowners, and all taxpayers, to participate in local government?

These comments were presumably prepared under strict guidance from Mr. Landgraf & Mayor Holtzman. Our comments below are NOT directed at Ms. Mento, whom we find very responsive and professional.

Our comments are in RED.

There was only one meeting in August and unfortunately there was a problem recording. That was not realized until we went to listen to it. So how does city clerk ensure meeting minutes are accurate? As you know, commissioners are required to sign-off on accuracy of meeting minutes. These meeting minutes can be used to resolve disputes, or be used in a court of law.

Our network administrator has looked at some upgrades to our recording system, a little pricey, about $14,000, which is a lot of money for the city. No need for pricey upgrade. Just plug a simple $150. audio recorder into the Commissioner chambers P.A. system that’s already being used. Upload the audio to YouTube for free. This is NOT a cost issue.

We may have to look at  next years’ budget for those improvements should the commissioners agree to go that route. Delay tactic. Commissioners have already shown Ventnor taxpayers much disrespect when sharing their feelings: ‘if taxpayers really care about Ventnor, they’d show up to meetings in person’. Those on the ‘hand-selected’ Ventnor Citizens Advisory Committee who feel the same way, are also showing disrespect to their fellow taxpayers.

The alternative is video recording, and the network administrator is also looking at that. A decision has to be made here which way to go, and if it is a priority now (vs later) to spend the money. Video would be nice, but video is NOT critical or needed. Audio is perfectly fine. Once again, this is a weak delay and deflect tactic.

I think we all realize the audio is not ideal, people can be heard, granted sometimes only when listening very carefully and I get how annoying that can be. On the contrary, audio is ideal. It’s easier & cheaper to deal with. Whoever claims ‘audio is not ideal’ should be reprimanded for that embarrassing and inaccurate statement. We surmise that Mr Landgraf and Ms Holtzman would prefer NOT to be held accountable like the Margate Commissioners.

In the meantime, the City would love to have you come to our meeting as well as the city taxpayers.  I realize not everyone can get here, but for those that can, it is encouraged. Of course, Ventnor officials say they would love all taxpayers to attend these meetings in person. But seriously, city leadership already knows that 99% of part-time residents can’t attend. Most locals can’t attend either, due to family & work commitments.

The door has not been shut to improving our recordings.  It’s time and money, and where it fits, in the never ending list of improvements.