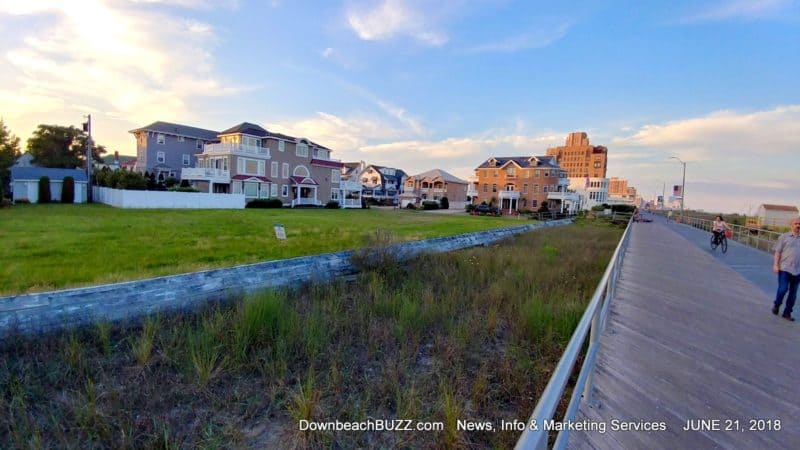 The applicant is requesting a D (Use) variance and site plan approval. The Proposed Development: “Pocket Park”/ Urban Green Space.

The Ventnor Planning Board will also have a public discussion. Consideration of amendments to Ventnor City Zoning Ordinance. The potential for spot-zoning within St Leonard’s Tract, specifically land along the boardwalk, adjacent to Dorset Ave.

The Ventnor City Planning Board held a public meeting to discuss the amendments to the zoning controls in the Residential 1 District, 102-12 through 102-14.

Roger McLarnon, Board Engineer and Professional Planner gave a brief history of the zoning requirements of the Residential 1 District, which borders the St. Leonard’s Tract area.

Mr. Cooke, informs the Board and the public that no action will take place at this meeting. The Board members will consider all comments and concerns from the public and review the City’s Master Plan before any decisions are made regarding zoning changes to the Residential 1 District.

Arthur Ponzio presented independent analysis of the Residential 1 District and believes that rezoning the R – 1 District will not have much of an impact on the properties in that zone.

Nicholas Talvacchia is the attorney for property owner, Fran Gelman. Gives a brief testimony as to the property, new zoning, and tax revenue. He speaks in favor of the proposed spot-zoning changes in the Residential 1 District.

Full, clearly recorded audio from meeting was not posted to website.