We first became aware of Marsha Galespie by noticing an orange car zipping around everywhere. The pint-sized vehicle was being driven by a woman typically wearing something orange. Her hair isn’t orange, but red. Close enough. Hmmm. Who the heck is that?

Tell Marsha it CAN’T be done, and you can bet it WILL be done. 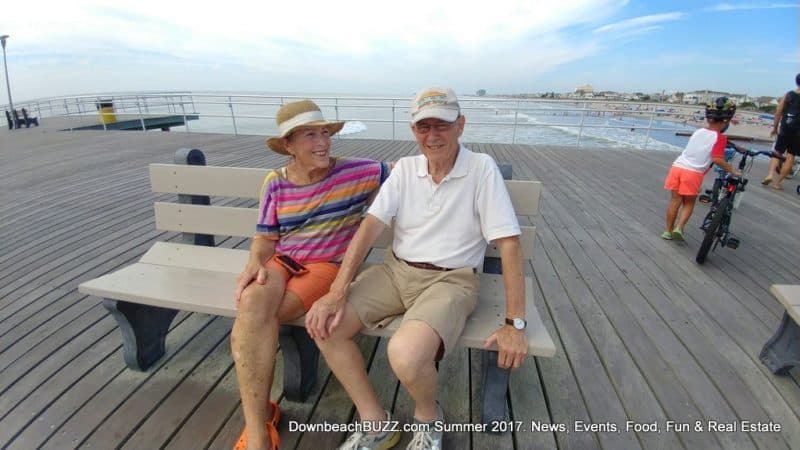 Marsha’s signature accomplishment is C-Sure Children’s Playground at Somerset and the Ventnor Boardwalk.

Marsha endured plenty of blank stares from Ventnor leadership back when she lobbied City Hall for overhauling the run down, beachfront playground. Many were ambivalent. A playground was not a top priority. Well, when Marsha is told NO….watch out.

Looking to drum up support for a new and safe place for kids to play, Galespie walked the boardwalk handing out flyers. That’s where she met local homeowner, Joe Verne, who became the key donor for building a new, much needed playground for Ventnor families. The Verne’s stroked a check for $100,000. Marsha was off to the races.

C-Sure Park was and still is, a big success. It should be noted though, the park could use some repair & spiffing up after years of heavy use and vandalism. Maybe it’s time to fire up a Go-Fund-Me Page?

Marsha & C-Sure Park is proof that community fund-raising and volunteerism can get things done. With or without financial support from City Hall. Galespie gets men off the couch.

Three years go, Galespie saw the need to keep 50 yr old+ men busy and active. Get ’em off the couch. She started a monthly men’s group at the Margate Library. They gather and listen to speakers and discuss topics of the day. We had the honor of being a speaker, where our talk focused on the changing media environment, the rise of DownbeachBUZZ and Internet marketing.

We joke with Marsha that she really started the men’s group in order to meet eligible guys. She smiles a bit when I make that accusation.