Back in October of 2012, Bocca fired up the heart of Margate City. Bocca Coal Fired Bistro pumped over $1.5 million in renovations into their location at Essex & Ventnor Ave. By the look of happy customers and big crowds, the owners of Bocca are certainly receiving a nice return on their investment.

Bocca is more than just monster-sized, gourmet pizza. Seafood, steaks and pasta are flavorful and nicely presented in a casual and cool atmosphere.

At the center of their offerings, weighing in at an impressive 6500 pounds, is Bocca’s coal fire oven, made entirely of earth stone.

The Coal Fired Oven at Bocca. This baby cranks up the temps to over 900 degrees. This type of heat helps to increase flavor profiles. It’s gives food an “old world flavor” and a crisp, charred crust.

Bocca’s specialty is crispy pizza, but their coal fired oven is also used to roast vegetables and meats incorporated into many of their signature Italian dishes.

The weekend offers yet another reason to visit Bocca in Margate. Live music and a very lively bar scene will not disappoint.

Parking is available right across the street at Cape Bank, after bank hours. 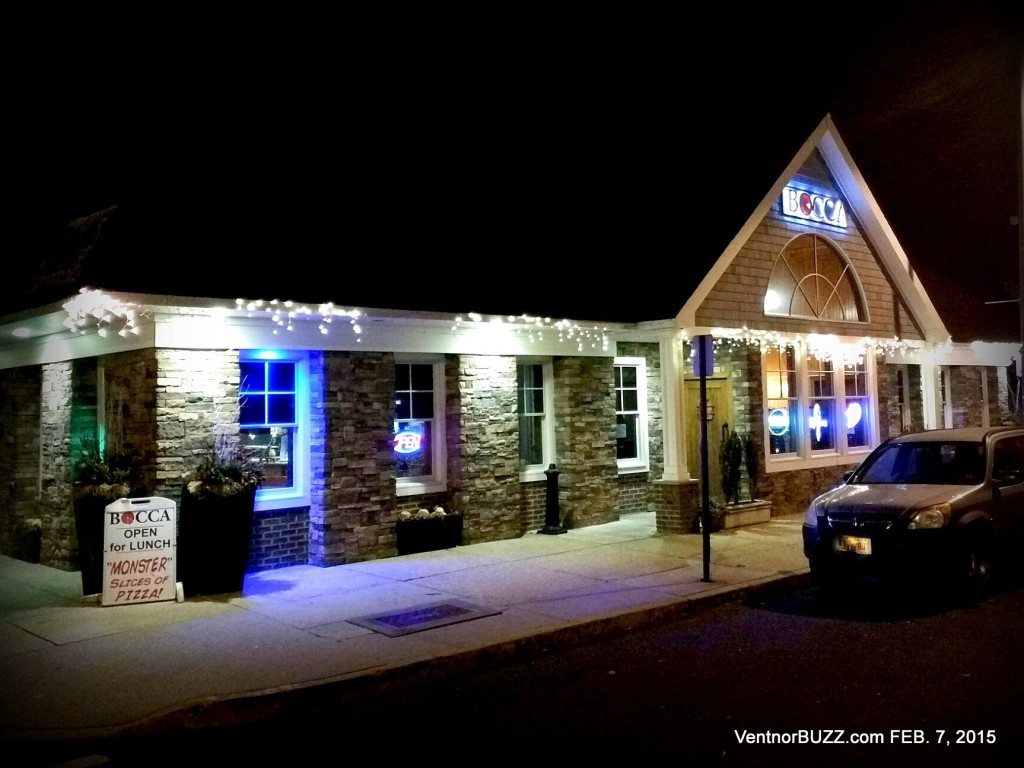