There’s always a downside when we mess with Mother Nature. Especially when we dredge, pump and screw with our coastal environment. A recent drone pic showing Longport beach work and clogged waterways set off more than a few alarms bells.

Thanks to cheap drone cams, it’s never been so easy to document the effects of beach re-nourishment and dredging. One of the unintended effects of this work, is the filling-in of back bays, inlets and channels. Some waterways are virtually impassable. Fishing is harmed as well.

This was topic du-jour on the latest Dan Klein Show. WOND 1400am Radio. LISTEN> 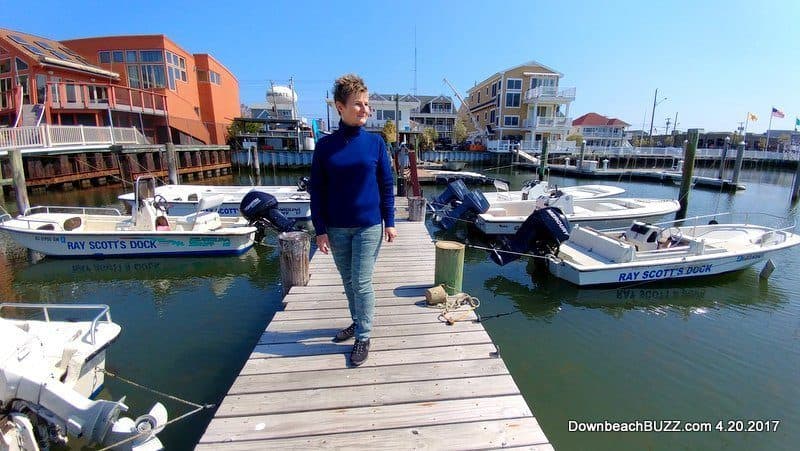 Robin Scott, owner of a local fishing and boating shop says: About 20 yrs ago, Margate received a $750,000 grant to dredge back waterways. That grant money never got used says Robin. The fiesty shop owner would always ask Margate Commissioners: Where did that money go? Evaporated? It apparently disappeared. Floating docks are grounded. Low tides hurting business.

Where are the environmentalists? The Margate and Ventnor Green Teams? Sustainable Margate? Why isn’t Surfrider.org shining some light on this issue? All good questions.

ACOE, the Army Corp of Engineers, should be maintaining the ICW, inter-coastal waterways. 12 ft deep. What gives?

Don’t call sand from the bay, ‘dredge spoils’. Rather, call it the safer sounding ‘dredge materials’. The word ‘spoils’ implies that something’s wrong with it.

Bill Shillingford, better known as Bucktail Willie, has been fishing for 60 years. He says beach replenishment is what’s destroying inshore waterways. Sands gets pumped onto the beach, and there’s nothing to hold the sand. Much of it ends up in Wildwood. If southeast winds are strong, that can push the sand in shore. It chokes the waterways. Most South Jersey inlets are hurting. They’re getting shoaled over.

Over time, channels are quietly taken off the navigational charts. Walk across Corson’s inlet? Hereford is closed.

Congress has funding oversight of ACOE.

Where’s the fishermen? Where’s the outcry? Not of enough momentum and awareness. ACOE are not responsive to fisherman pleas. Newspapers and most media have largely ignored this issue.

Congressman LoBiondo has some level of influence on funding ACOE projects.

Robin Scott of Margate: 2nd homeowners pay the bills. Not likely aware of issue. They have no voting rights. Our shore towns try to have appearance of fishing villages…without any fishing.

NJ is the only state that doesn’t maintain the ICW, inter-coastal waterway.