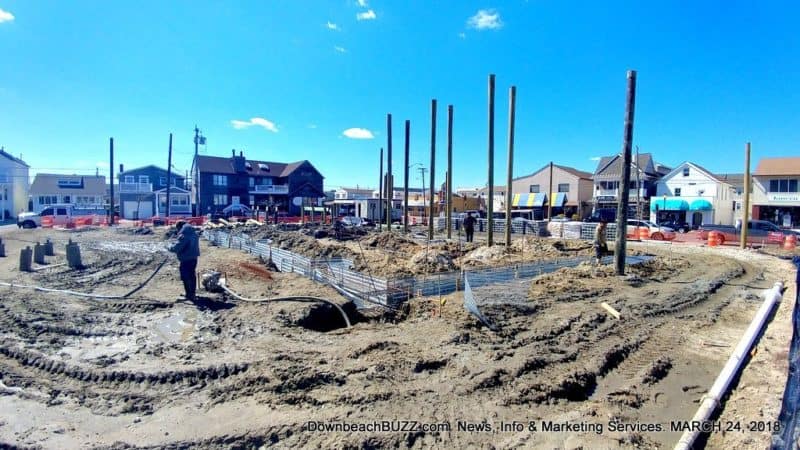 Even with pilings & footings set, the much anticipated miniature golf in Margate still faces opposition. Some neighbors adjacent to ‘Congo Falls Golf’ on Adams & Ventnor Ave, are raising money for legal costs. They want to keep up the fight.

According to Margate resident, Ed Blumenthal, he’s filed an appeal in NJ Superior Court. Blumenthal tells DownbeachBUZZ the goal of his civil action complaint is to have the Margate Planning Board’s decision reversed. He wants developers of Adventure Golf to remove the current, or future, mini-golf construction—even if it’s completed and operating.

We asked Mr. Blumenthal for a copy of the complaint. Here it is: Margate Zoning DOCKET No 032218 Blumenthal vs City of Margate Planning Board & Adventure Golf South Also part of the complaint is the issue of parking. Have you noticed? It’s increasingly more common with certain Margate projects, that typically strict parking requirements are being relaxed.

No one is against mini golf in Margate, says Blumenthal. But he’s appealing the Planning Board decision, claiming ‘misuse of power’.

Mr. Blumenthal has set up a Go-Fund-Me page for those who’d like to support his effort.